Soul greats from Wilson Pickett and James Brown to The Four Tops and The Temptations worked the room. After ten years, Herrera and Corona split their partnership, having already sold their Palo Alto and Berkeley clubs, and unloaded the lease on John Nady, inventor of the wireless guitar who was already running an Oakland club called the Omni for four years. Nady never enjoyed the success of the Keystone chain, and within a few years he vacated the lease and left a sign on the marquee reading "Bye”.

This address was known as Moulin Rouge/Casa Madrid, a topless club, in 1963-67. 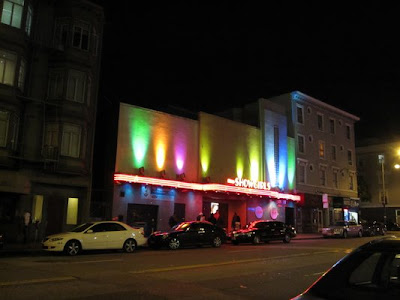 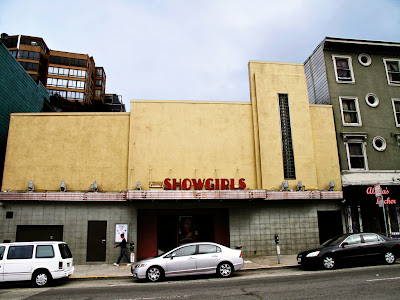 412 Broadway mostly remained a nightclub, as it does today, even though it changed names and formats. Briefly, its history seems to be
In 2012 it's called The Penthouse Club & Steakhouse (yes, that Penthouse). 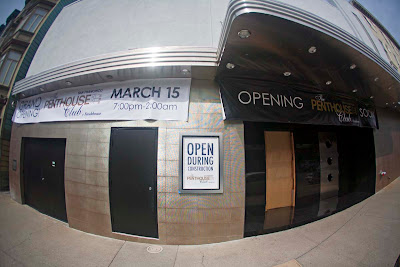