City Lights is a landmark independent bookstore and publisher that specializes in world literature, the arts, and progressive politics.

The site was a tiny storefront in the triangular Artigues Building located at 261 Columbus Avenue, near the intersection of Broadway in North Beach. Built on the ruins of a previous building destroyed in the fire following the 1906 earthquake, the building was designed by Oliver Everett in 1907 and named for its owners. 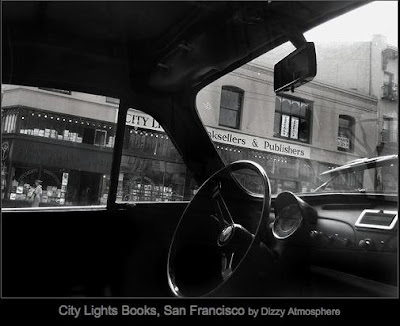 City Lights originally shared the building with a number of other shops. It gradually gained more space whenever one of the other shops became vacant, and eventually occupied the entire building.

Founded in 1953 by poet Lawrence Ferlinghetti and Peter D. Martin, City Lights is one of the few truly great independent bookstores in the United States, a place where booklovers from across the country and around the world come to browse, read, and just soak in the ambiance of alternative culture's only "Literary Landmark." Although it has been more than fifty years since tour buses with passengers eager to sight "beatniks" began pulling up in front of City Lights, the Beats' legacy of anti-authoritarian politics and insurgent thinking continues to be a strong influence in the store, most evident in the selection of titles. 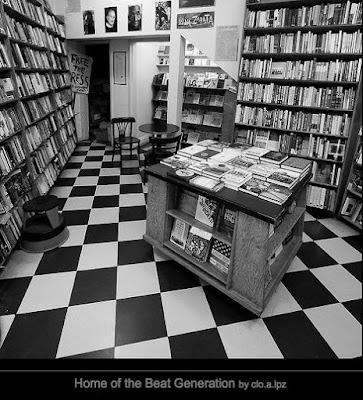 The nation's first all-paperback bookstore, City Lights has expanded several times over the years; we now offer three floors of both new-release hardcovers and quality paperbacks from all of the major publishing houses, along with an impressive range of titles from smaller, harder-to-find, specialty publishers. The store features an extensive and in-depth selection of poetry, fiction, translations, politics, history, philosophy, music, spirituality, and more, with a staff whose special book interests in many fields contribute to the hand-picked quality of what you see on the shelves.
The City Lights masthead says A Literary Meetingplace since 1953, and this concept includes publishing books as well as selling them. In 1955, Ferlinghetti launched City Lights Publishers with the now-famous Pocket Poets Series; since then the press has gone on to publish a wide range of titles, both poetry and prose, fiction and nonfiction, international and local authors. Today, City Lights has well over two hundred titles in print, with a dozen new titles being published each year. The press is known and respected for its commitment to innovative and progressive ideas, and its resistance to forces of conservatism and censorship. All City Lights Publications that are currently available are proudly featured in the bookstore and on this website as well.
With this bookstore-publisher combination, "it is as if," says Ferlinghetti, "the public were being invited, in person and in books, to participate in that 'great conversation' between authors of all ages, ancient and modern." City Lights has become world-famous, but it has retained an intimate, casual, anarchic charm. It's a completely unique San Francisco experience, and a must for anyone who appreciates good books. 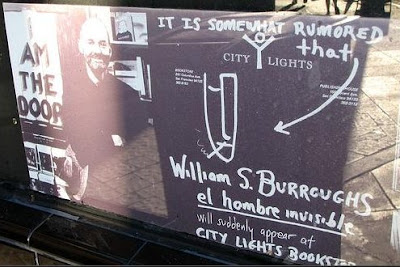 Both the store and the publishers became widely known following the obscenity trial of Ferlinghetti for publishing Allen Ginsberg's influential poem Howl and Other Poems (City Lights, 1956).  In 2001, City Lights was made an official historic landmark. City Lights is located at the nexus of North Beach and Chinatown in San Francisco.

In 1953, as Ferlinghetti was walking past the Artigues Building, he encountered Martin out front hanging up a sign that announced a "Pocket Book Shop." He introduced himself as a contributor to Martin's magazine City Lights, and told him he had always wanted a bookstore. Before long he and Martin agreed to a partnership. Each man invested $500.


Soon after they opened they hired Shig Murao as a clerk. Murao worked without pay for the first few weeks, but eventually became manager of the store and was a key element in creating the unique feel of City Lights.[1] In 1955, Martin sold his share of the business to Ferlinghetti for $1000, and moved to New York and started New Yorker Bookstore, which specialized in cinema.

In 1971, Ferlinghetti persuaded Nancy Peters - who was working at the Library of Congress - to join in a project with him, after which she began full-time work at City Lights.[2] She said:


When I joined City Lights in 1971, and started working with Lawrence, it was clear that it had been very much a center of protest, for people with revolutionary ideas and people who wanted to change society. And when I first began working at the little editorial office up on Filbert and Grant, people that Lawrence had known through the whole decade of the '60s were dropping in all the time, like Paul Krassner, Tim Leary, people who were working with underground presses and trying to provide an alternative to mainstream media. This was a period of persecution, and FBI infiltration of those presses.[3] 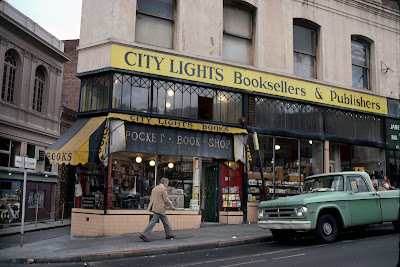 In 1984, the business was in a financial crisis and Peters became a co-owner of it.[2] Ferlinghetti credits her for the subsequent survival and growing success of the business.[4] In 1999, with Ferlinghetti, she bought the building they worked in.[5]

In 2001, the San Francisco Board of Supervisors made City Lights an official historic landmark - the first time this had been granted to a business, rather than a building - citing the organization for "playing a seminal role in the literary and cultural development of San Francisco and the nation." It recognized the bookstore as "a landmark that attracts thousands of book lovers from all over the world because of its strong ambiance of alternative culture and arts", and it acknowledged City Lights Publishers for its "significant contribution to major developments in post-World War II literature."

The building itself, with its clerestory windows and small mezzanine balcony, also qualified as a city landmark because of its "distinctive characteristics typical of small commercial buildings constructed following the 1906 earthquake and fire." The landmark designation mandates the preservation of certain external features of the building and its immediate surroundings. Peters commented (referring to the effect of dotcom and computer firms), "The old San Francisco is under attack to the point where it's disappearing."[6] 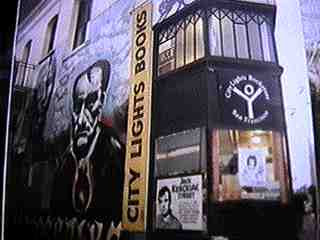 By 2003, the store had 15 employees.[7] Peters estimated that the year's profits would be only "maybe a thousand dollars."[8]

In 2007, after 23 years as executive director, she stepped down from the post, which was filled by Elaine Katzenberger; Peters remained on the board of directors.[4] Peters said of her work at City Lights:


When I started working here we were in the middle of the Vietnam War, and now it's Iraq. This place has been a beacon, a place of learning and enlightenment.[4]

As of 2008, City Lights is a general bookstore, specializing in fiction and poetry, cultural studies, world history, and politics. It offers three floors of new-release hardcovers and paperbacks from all major publishers, as well as a large selection of titles from smaller, independent publishers. City Lights is a member of the American Booksellers Association. 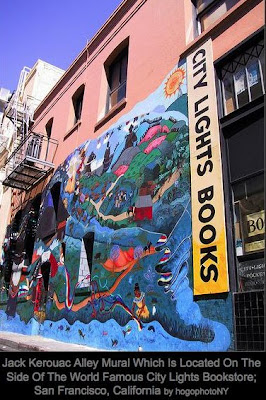 Jerry performed here in
??/??/61 Robert Hunter, Alan Trist
"When they had a working car, they often would go up to San Francisco to wander around North Beach and soak up what was left of the Beat scenes at places like City Lights Books and the Coffee Gallery."(11)