The New California Theatre (California Theater) was one of the last two old movie palaces (Balboa being the other). Built by Architect John Paxton Perrine it was first opened to the public on April 22, 1927. It was heralded as "the cathedral of the motion picture" and "an enduring contribution to the artistic beauty of the entire Southland". Ironically the building sits right across the street from City Hall, Civic Center Theater and CCDC Redevelopment Agency.

Ceilings were gold leaf, murals were scattered throughout the theatre. A huge Wurlitzer organ was installed. The theatre had a seating capacity of 2200.

The New California Theatre was owned by the West Coast Theatres and backed by San Diegan C. S. Judson. 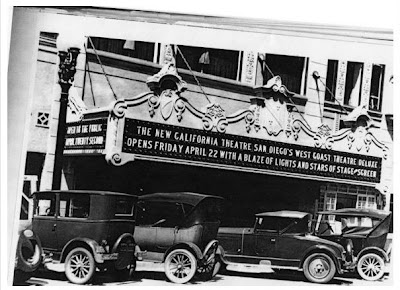 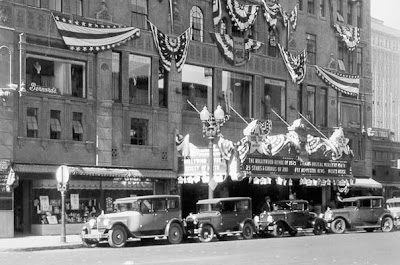 At its grand opening on April 22, 1927, the theatre presented Constance Talmadge and Antonio Moreno in "The Venus of Venice", Fanchon and Marco's "Book ideas", and Al Lyons and his band.

Bernard's Inc., an apparel store for women, occupied the entire second floor in 1927.


The building was renovated in the 1940’s and mid-1960’s to modernize the structure for safety. In fact, the California was the first public venue to have earthquake resistant frameworks built into the structure to protect the theatre complex (the ribs on the roof in later photos are part of this support frame). 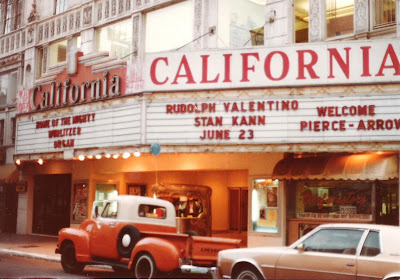 Movies were discontinued in 1976, but the theatre was available for special performances.
The architecture is Spanish Colonial Revival and combines theatre, shops, and office in a three-level, reinforced concrete structure. The nine-story portion faces Fourth Avenue and incorporates theatre entrance and offices. The proscenium area is six stories and the auditorium almost five stories. The parapets of the flat roofs have red tile trim, decorated cornices and dentils or arched corbeling. Bands of cast ornamentation continue around the building at various levels and are trimmed with urns. Some windows have arches and baroque surrounds.
The side walls of the auditorium imitate a Spanish church. The "C" Street wall of the rear has a sign painted on it. On the office section, the windows are recessed and plain in style from the fifth floor upwards. A small penthouse is on the north side of the roof. The marquee faces Fourth Avenue. Cement quoins marking the corners of the first three floors include niches for statuary. 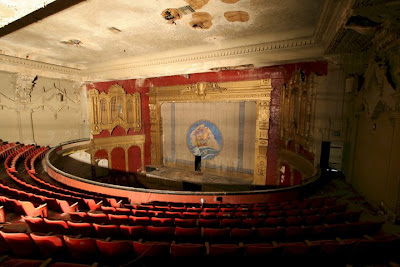 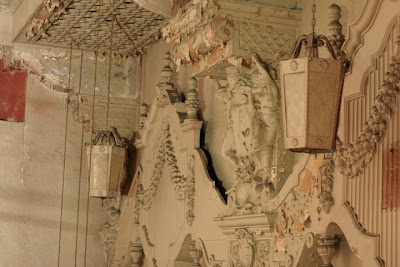 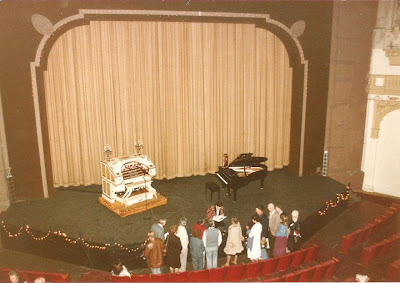 The Old Globe Theatre used the California Theatre downtown while its Balboa Park home was rebuilt after the 1978 arson fire.
In 1979, California Theatre was closed for all but special events. The San Diego Theatre Organ Society's President Connie Reardon who was one of the last people to operate the theatre, she was the one who closed the doors for the last time.
In that time, squatters and looters broke into the building causing significant damage. According to some reports, they stole wiring and pipes for the metal salvage value; removed interior doors and broke some fixtures. This doesn’t vibe with other reports from people who were inside during the time frame which would indicate that the materials were removed to storage or deemed substandard per building codes.

A 1988 renovation of the building restored much of the appearance of the 1920s. The marquee "circus" box office was removed, new carpeting was installed, and the ornate sculptural decorations were restored. There were some changes made in the marquee. The building appears much as it did when built. 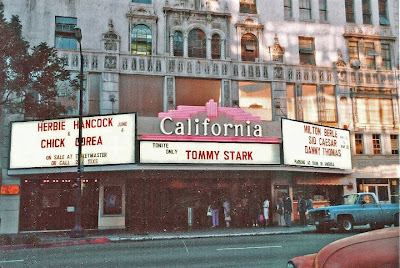 Patti Smith also recorded her album "Live at the California" there.
http://www.bigozine2.com/archive/ARrarities06/ARpssandiego.html

According to Bill Silva (concert promoter) The Ramones also played there at the height of their career (http://www.signonsandiego.com/uniontrib/20060521/news_1a21varga.html)

In the 80's a riot erupted here at a Dead Kennedys show.

The building was scheduled for demolition in the summer of 1990 but is still standing in 2000. 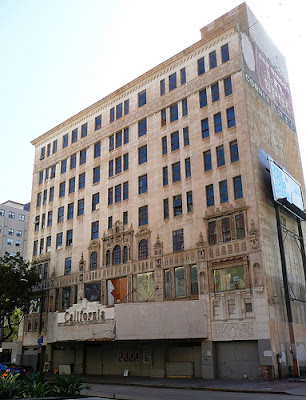 I also like this little tidbit of how the 5-10 wager bled into everyday conversation:
Even in “non racing circles” the 5-10 meant good luck or well being. For example, should someone’s daughter marry a man who was well off, the girl’s parents might say, “She got the 5-10 with this one.”

The mural/billboard is a rare glimpse at San Diego's mid century urban landscape when giant billboards--particularly those made by Caliente, were once a very common sight. Where else in San Diego is there an intact mid century billboard?
The billboard represents Caliente's once very prominent role in San Diego's economic engine. It was owned by one of San Diego's most dynamic individuals, John Alessio. "Mr. A." It was through his innovation that the Fabulous 5-10 became popular. The American Horse Racing Establishment disapproved of it because they considered it a "gimmick bet." But Alessio's vision ended up becoming mainstream, as the 5-10 eventually became the wildly popular and accepted "Pick Six." What other aspect of San Diego's built environment offers that teaching opportunity? Folks, that billboard represents where that all began, and it teaches it better than a forgotten document or photo lost on a dusty bookshelf.
It also speaks to a time when San Diego and Tijuana were real partners, both economically and culturally. The tourists that Caliente brought to San Diego. How both cultures seemed more in tune and concert with each other than today with the giant concrete and steel fences, and drug wars making the two cities seem very far apart.

The Wurlitzer organ was moved to Trinity Presbyterian Church in Spring Valley, but in March of 1996, an arson fire destroyed the organ console and most of the pipework.

The building is listed on the local Register of Historical Resources, although it has been shuttered and decaying for nearly twenty years. Ownership recently transferred to an out-of-town investment firm after the previous owners, another investment company, went bankrupt.

The Rev. Jerry and Yvonne Hanoum, who head the San Diego Christian Center in National City, purchased the theatre for $300,000 in 1997 and plan to produce musical shows and family dramas there.
The Hanoums appear week nights on a show called Vision, which is broadcast on Cox Cable at 10 PM. A recent show was broadcast from the theatre where they sat on stage and talked about their plans, which include computerized imagery, dancing waters, light shows and video screens to enhance viewing of "good wholesome entertainment."(1)

Photo by Rick Lemyre
UPDATED 5-11-11 2:50 p.m.
Officials have confirmed a suicide note was found at the scene where Oakley Pastor Jerry Hanoum killed himself, but the contents of the letter have not been revealed, said Jimmy Lee director of public affairs with the Contra Costa County Office of the Sheriff. Hanoum, 61, was found dead inside a white vehicle on the Balfour Road property where he lived with a single self-inflicted gunshot wound to the head.
His wife died several years ago.

In early-2011, plans are progressing to renovate the building and eventually reopen as Davenports Supper Club on April 22, 2013.
The current (December, 2011) owner of the theater is Sloan Capital, LLC. 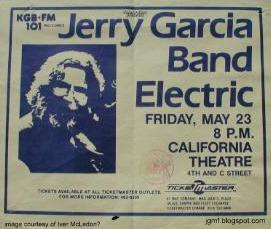