The architect was Confer and Anderson. Construction of the building was completed in 1961.(1)Opening with a performance by the San Francisco Symphony, Freeborn Hall offered the first performance venue to the campus and remained the campus’ main venue for large groups and performances until the Mondavi Center opened its doors in 2002.(4) 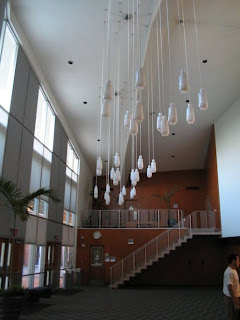 Freeborn Hall is the most versatile venue on the UC Davis campus. It provides a variety of service and a pleasant atmosphere for a myriad of events.(1)
It is part of the Memorial Union complex.Freeborn Hall, formerly known as Memorial Union Assembly Hall, was UC Davis' primary large event venue until the construction of the Mondavi Center. It was named for Stanley B. Freeborn.
In 1926, Prof. Stanley B. Freeborn publishes the first guide to the biology and identification of California mosquitoes. (4)
In honor of his research of malarial mosquitoes, Freeborn has a species of the insect named after him (Anopheles freeborni). (3)
Stanley Barron Freeborn served as the first Chancellor of University of California, Davis between 1958 and June 1959. Prior to being the first Chancellor of UC Davis, Freeborn was the Dean of the College of Agriculture at UC Berkeley.[1] Following his death in 1962, UC Davis renamed its assembly hall to Freeborn Hall in his honor.[2] 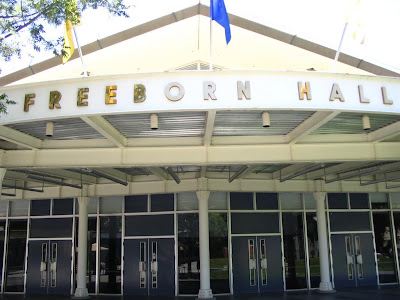 Email ThisBlogThis!Share to TwitterShare to FacebookShare to Pinterest
Labels: F-Venues