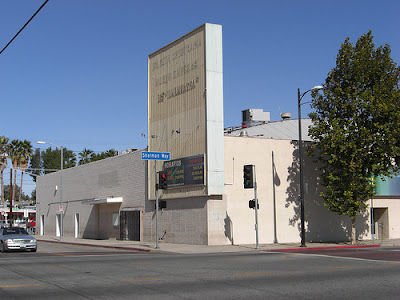 The building was never much to look at, brick and boxy and windowless, perched along a run-down stretch of Sherman Way. That has always been part of its charm. In a metropolis dominated by trendy clubs and arenas, the Country Club felt like a neighborhood joint.
It used to be a discount drugstore. The late entrepreneur Chuck Landis bought the property in 1980, building a stage in one corner with tiers of tables and a balcony. He turned it into a 1,000-seat country music bar--hence the name--and Merle Haggard played opening night.


Not long after, Landis leased the stage to Jim Rissmiller of Wolf & Rissmiller Concerts. Over the next two years, the Country Club became an essential venue at a critical period in Los Angeles' musical history. Local bands such as Tom Petty and X played there. So did Jerry Garcia and U2.
But trouble brewed almost from the start. Neighbors complained of rowdy patrons littering, urinating and having sex in their front yards. The club's reputation was further tarnished when a businessman was convicted of soliciting a rival's murder in the parking lot.
Rissmiller was subsequently evicted and the club slipped from the city's elite. A new manager, Scott Hurowitz, tried renting the stage for film and video shoots. After the 1987 MTV Awards show at the Universal Amphitheatre, the artist formerly known as Prince hosted a private party at the Country Club.(3)
It used to be a bowling alley before it was a concert hall. Over the years, the building's gone through many incarnations and assumed names, and it still stands.

Rissmiller, 50, who reigned for nearly 20 years as the top pop concert promoter in Southern California until the early-'80s collapse of his empire following the 1977 murder of his longtime partner, Steve Wolf.

Rissmiller and Wolf practically invented Southern California pop concert promotion, starting in 1964 when they, along with then-KRLA deejay Bob Eubanks, brought the Beatles to the Hollywood Bowl.

First as Concert Associates and later as Wolf and Rissmiller, the pair were virtually synonymous with concert promotion, staging such noted extravaganzas as Elton John at Dodger Stadium in 1975 and several Rolling Stones tour stops in Southern California.
So successful and visible was Rissmiller that there was even talk for a while of his running for political office. He expressed some ambitions about running for mayor of Los Angeles, and his name was floated as a possible candidate for Congress.
Then in 1977 Wolf was shot and killed during an apparent robbery attempt at his home. Wolf's killer was never caught. Rissmiller, though devastated by the loss of someone he considered a brother, carried on.
"But after Steve was gone it was just a business to me," he said. "I was just an administrator. 1979 was actually the first year I made a million dollars, but I was miserable, felt suicidal. Then in 1981 at the Coliseum with the Rolling Stones, I stood there and said, 'What the hell am I doing here?' "
So he quit.
He bought the Country Club in Reseda and attempted to make it the Valley's premier small concert venue. But that too proved unfulfilling to Rissmiller, who was going through a divorce and other personal difficulties. Amid lawsuits regarding the club property and rents, he declared bankruptcy for his corporation in 1984 and paid outstanding bills for the club out of his own pocket, though he personally remained financially above water.(1)


Rissmiller said his original plan was to buy the Country Club and the surrounding block, where he hoped to develop an entirely music-oriented complex. The problem was that the lease-to-buy agreement never worked out and the venture, which began as a heavy financial burden, only became heavier. He severed ties with the club in 1983 and eventually declared bankruptcy.
"Wolf & Rissmiller Concerts, as a corporation, and I, personally, funded the nightclub," he explained, sitting in the APA offices in West Hollywood. "I put my house and other properties up as collateral to the bank so I could borrow money to get into the nightclub business. Once we got started, we ended up funneling money into the club to keep it going--the hotter we got with the club business, the higher the price of the deal went up."(2) 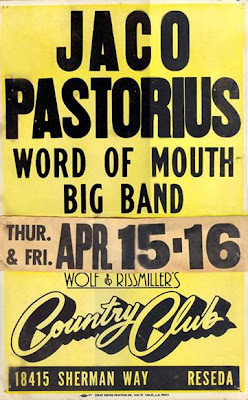 Soon, stories started circulating about Rissmiller's being on the skids, unable to recover from the shock of Wolf's death--one round of gossip had him living in his car. The stories, he said, are untrue, though he describes the time as "devastating." But self-promoter that he is, Rissmiller took some delight in the tales.
"The best one I heard was I was supposedly in a mental institution in San Francisco," he said. "As long as they're talking about you, you're OK."
The true story is that Rissmiller, after leaving the Country Club, became impressed with young Texas musician Charlie Sexton and moved to Austin to work as his agent.(1)

The Country Club, of Boogie Nights fame, was a legendary concert venue during the Los Angeles Punk rock and New Wave scenes of the 1980s. Before that it was a drug store named Sav-on Drugs and discount store. Then it was a Spanish Language Christian Church.
It's boarded up now.