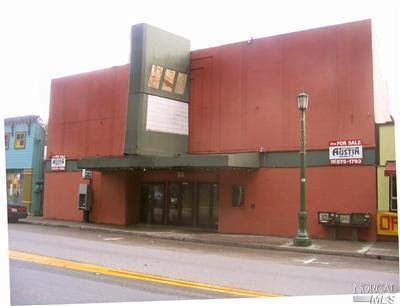 Built in 1947, the River Theatre originally showed movies under the longtime ownership of Dave Williams.

In 1973, it was bought by Tony Mata, and in the late '70s impresario Morty Wiggins began booking it as a live music venue, bringing in the likes of the Jerry Garcia Band, Emmylou Harris, David Bromberg and others, twice a month.

In 1981, Mark Russo took over, and local heavy metal bands played often, with the Dead Kennedys appearing in 1984.

In 1985, it was bought by Bill and Diane Offill with Wayne Stam, who called it the Russian River Theatre Center and offered community events and theater classes.
Sometime between 1986 and 1989 it became Club Mann and was new wave disco music.. owned by the Conti brothers... who moved from the club Stargaze in Fremont, CA and the Palladium in S.F.
Starting in 1987, Laurel Pine began booking punk shows there with nonprofit collective Xcntrcx, bringing in Green Day, Primus, Operation Ivy, NOFX, Faith No More, Gwar and others.

By 1992, it became Ziggurat, a dance club with an over-the-top Cleopatra-meets-Busby-Berkeley theme owned by Hans Grahlmann and Chris Coulores.
Grahlmann was tragically murdered in 1998.

Locals Ed Martinez and Gregg Seiler bought it in 1999 and christened it Club Fab, hosting gay dance nights, "foam" parties and weekly DJs. A New Year's flood forced Club Fab to close for good in 2005, and it's only sporadically hosted music since, such as last year's show with '80s pop icon Tiffany.(1)

The outside has had a nice paint treatment, and the inside has been entirely remodeled & tricked out with an amazing sound & lights system. Jerry Knight, the charismatic, quirky owner, usually does the sound, acts as a host and plays pool on one of the two pool tables. Ask him to tell you about his collection of rock memorabilia & guitars that has been framed & hung safely out of reach. 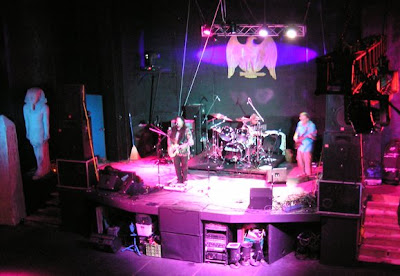 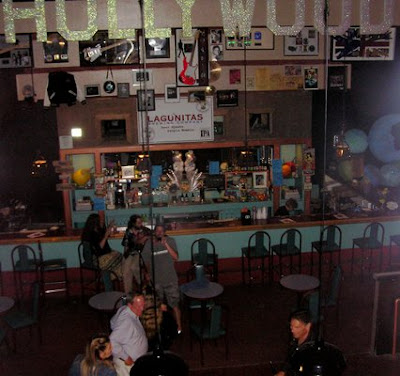 Knight bought the run-down River Theatre in February 2010 for $600,000; he's since put $400,000 into refurbishing the venue from its "piss-poor" condition. The water heaters were broken, the ceiling in code violation, the floors were covered in a foot and a half of mud. "It smelled so bad in here," he says, "like an asshole, pardon my language. The mud, the dirt, the dampness—it was overwhelming. Your eyes would actually burn in here 'cause it was so bad."
For a month and a half, Knight spent every day doing nothing but crawling beneath the building, removing mud buildup from flooding. He fixed and painted the ceiling. He tore up and replaced the floors. He re-did all the electrical and plumbing. To celebrate, he hauled everything out of the attic—large foam angel wings, Egyptian pharaohs, Medieval armor, giant playing cards, framed sheet music, a crescent moon—and scattered it among the theater's four tiered levels in a cluttered, scrabbled décor.